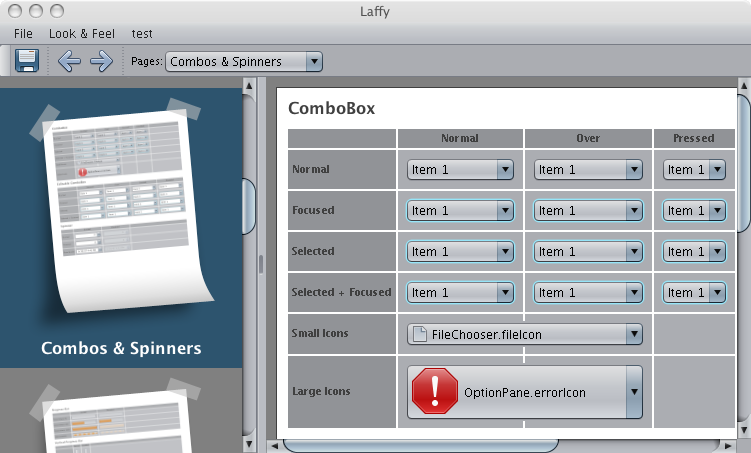 Finally a version you can all go and play with. Nimbus is coming out as part of “Java SE 6 update N” formerly known as the “Consumer Release” and “Project Hamburg”. Well whatever it is called it contains a decent version of the new Nimbus look and feel. You can go and download it from Java SE 6 Update N Early Access Program. Its is definately not 100% finished yet, there are a few areas that we are still working on:

Most of these will be fixed in the next EA release or the first beta release. A few of them have been fixed in the last couple weeks, I have just been working on color theming. All colors in Nimbus are derived from a set of UIDefault colors with Hue, Saturation and Brightness offsets. This gives you reasonable control over changing the colors of the Nimbus Look and Feel.

There are 3 easy ways to use the Nimbus look and feel:

The reason Nimbus is in the sun.swing… package is it is not possible to add new API to the javax.swing… package in a update release. We hope that we can move Nimbus to javax.swing in Java 7 and if it turns out to be popular then we push to make it the default look and feel in 7. Before 6 update N is final we will work out some way for you to be able to use it now and when it is potentially moved without changing any code.

If you Find Bugs

You can search to see if there is an existing at Sun Bug Database or you can view a List of open Nimbus Bugs. You are welcome to post bugs here as comments and I will file them if they are not known bugs.

Other Cool Features of Update N