In 2004 I started my own startup along with a friend. At the time the digital photography market was starting to explode and with that, the number of photographs people have exploded too. At the time the options for photo management software were very limited and only a few small niche companies had offerings in the area. So we set out to provide the next generation solution to photo management.

We worked on producing a powerful piece of software called Imagery, created to help professionals manage large digital image collections. Built in Java with support for huge collections of hundreds of thousands of images and P2P serverless replicated collaboration.

As we neared launch, within days of each other Apple, Adobe and Microsoft announced the release of competing applications. Although the market became very hard, Imagery had been noticed internationally as one of the best Java Swing applications and opened the door to relocate to the US and join the Swing Sun.

There were two cool technologies we developed for Imagery that I still  seen done today. 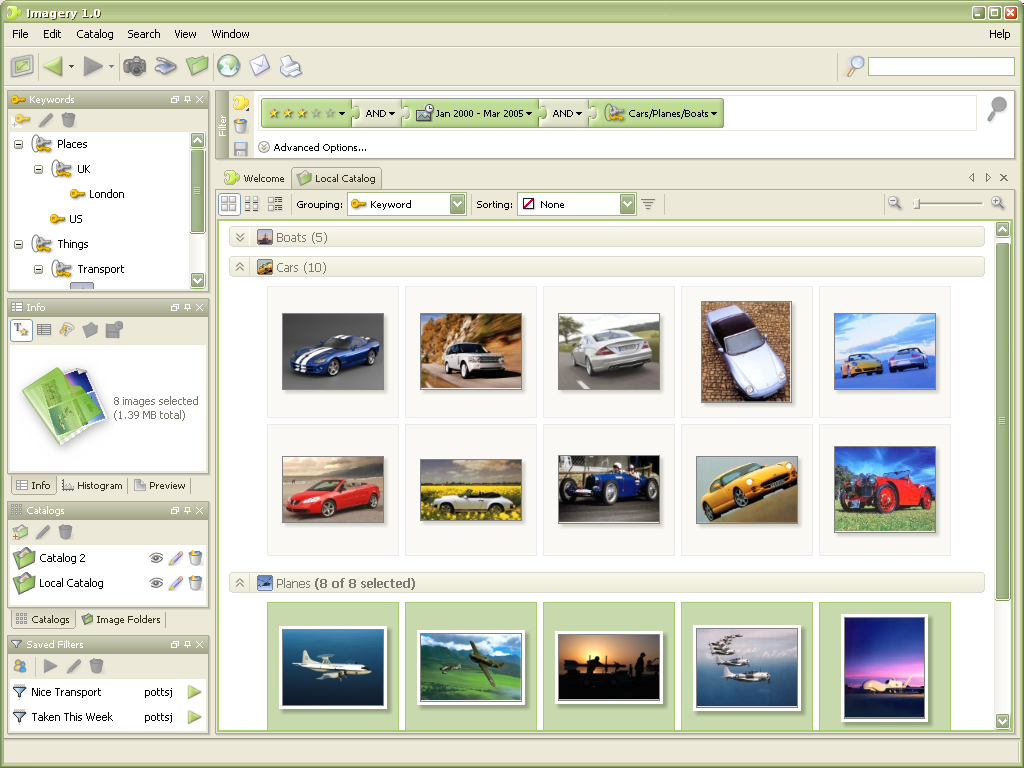